Reflections on the Bangor #SummerUndod2022

Reflections on the Bangor #SummerUndod2022

On 7th July, Hub Cymru Africa took its series of regional summits on the road to Storiel, an art gallery and museum situated between the city’s university and cathedral.

The theme was Gender, and the event was a celebration of women in leadership roles. We heard from three amazing speakers from the African diaspora community in Wales: Dr Salamatu Fada from the North Wales Africa Society and Tallafi, Maggie Ogunbanwo from Maggie’s African Twist, and Glory Williams from BAWSO. They talked about awe-inspiring stories, their experiences and work, their process of integrating into Welsh culture and communities, and how they have ultimately leaned to lead from the front. 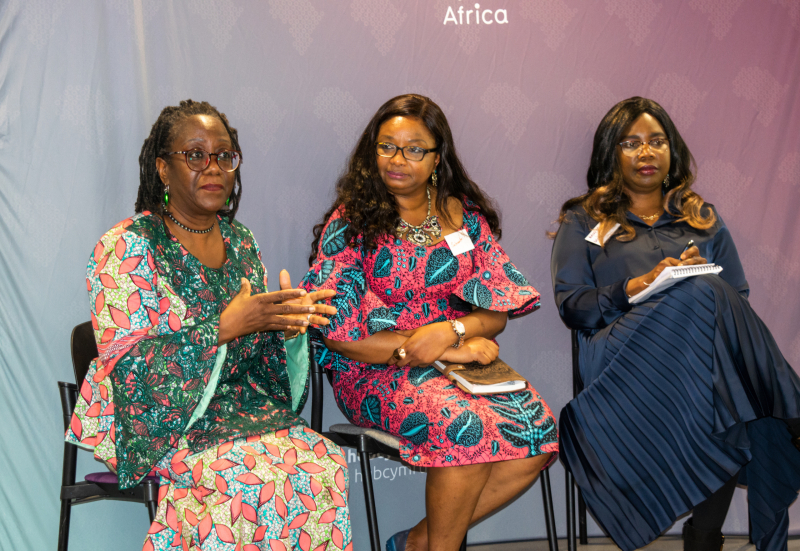 Maggie came to Wales 18 years ago and used her love of African food to forge connections with her local community in Penygroes, Gwynedd. As one of the most predominantly Welsh-speaking areas of the country, Maggie knew that into order to integrate herself properly she would need to learn the language, and began to do so within two months after arriving. She set up a café and held African evenings in the village, and before long started selling her products all over Wales.

“I have a passion to untie women’s hands” – Maggie Ogunbanwo

Maggie is now an award-winning author. Her latest cookbook, The Melting Pot: World Recipes from Wales African, which contains recipes by people from around the world who have made Wales their home, was named Best Migrant Book in the 2022 Gourmand World Cookbook Awards.

Maggie wants to overcome the limiting beliefs set on her by her gender and culture: “There is something in me, leadership can be in all of us”. She is passionate about supporting women suffering abuse, and has partnered with charities in Wales and Africa.

Sali left Nigeria in 2011 to live in the UK and eventually moved to Bangor in 2014 with her four children. She is now pursuing a PhD in Conservation Biology at Bangor University. She has felt welcomed in the area and has found support from her church, community and children’s school.

Wanting to help others moving to Wales, Sali founded the North Wales Africa Society alongside six other charities. Her charitable work is wide-reaching; during the COVID-19 pandemic she supported communities with food parcels and digital devices for children so that they could continue their education.

Sali also supports students who face racial injustice and abuse. She is passionate about being a ‘voice for the voiceless’ and recognises there is a lack of representation of women and people like her among decision-makers. Where she grew up in northern Nigeria, women do not speak in public nor take part in making family decisions. Today, she works closely with North Wales Police and is a Councillor with Bangor City Council.

Glory moved to Bangor from Cameroon to study at the University. She then worked in the haematology laboratory at the city’s hospital, Ysbyty Gwynedd, but felt motivated to work more directly with people.

“North Wales has helped me achieve a lot and given me opportunities. It has provided me with healing and scenic walks to help me” – Glory Williams

Feeling motivated to work more directly with people, Glory began working with BAWSO, a charity that supports people of an ethnic minorities who are affected by violence and exploitation. Her work focuses on projects around domestic abuse services, arranged marriages, female genital mutilation and modern slavery. She finds her job rewarding as she can build trust with people while getting to the root of their problems. 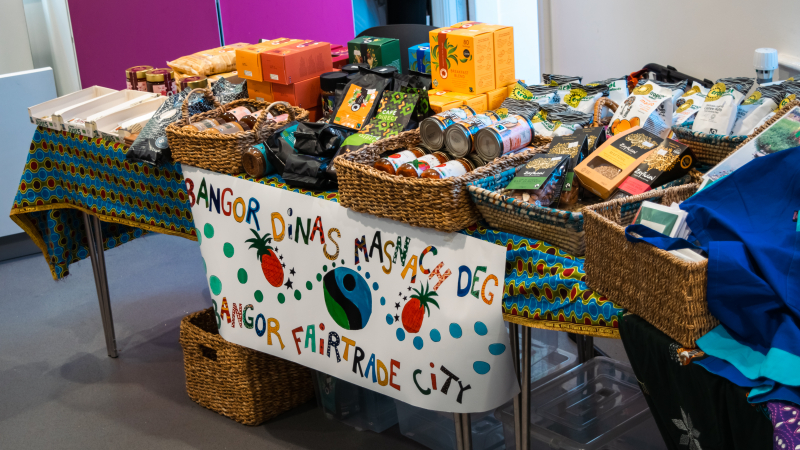 The afternoon features two parallel session. The first was with Fair Trade Wales, in which communications and community officer Kadun Rees answered questions about the future of the Fair Trade movement, the role it can play in combatting climate change, procurement in Wales, and how people can get involved in their local areas. The second was with Dr Kit Chalmers, Head of Policy and Learning at THET, who facilitated discussions on recent experiences, challenges and successes around global health partnerships.

We ended the day with some delicious food provided by Maggie’s African Twist.

See more photos from this event in our Flickr album.