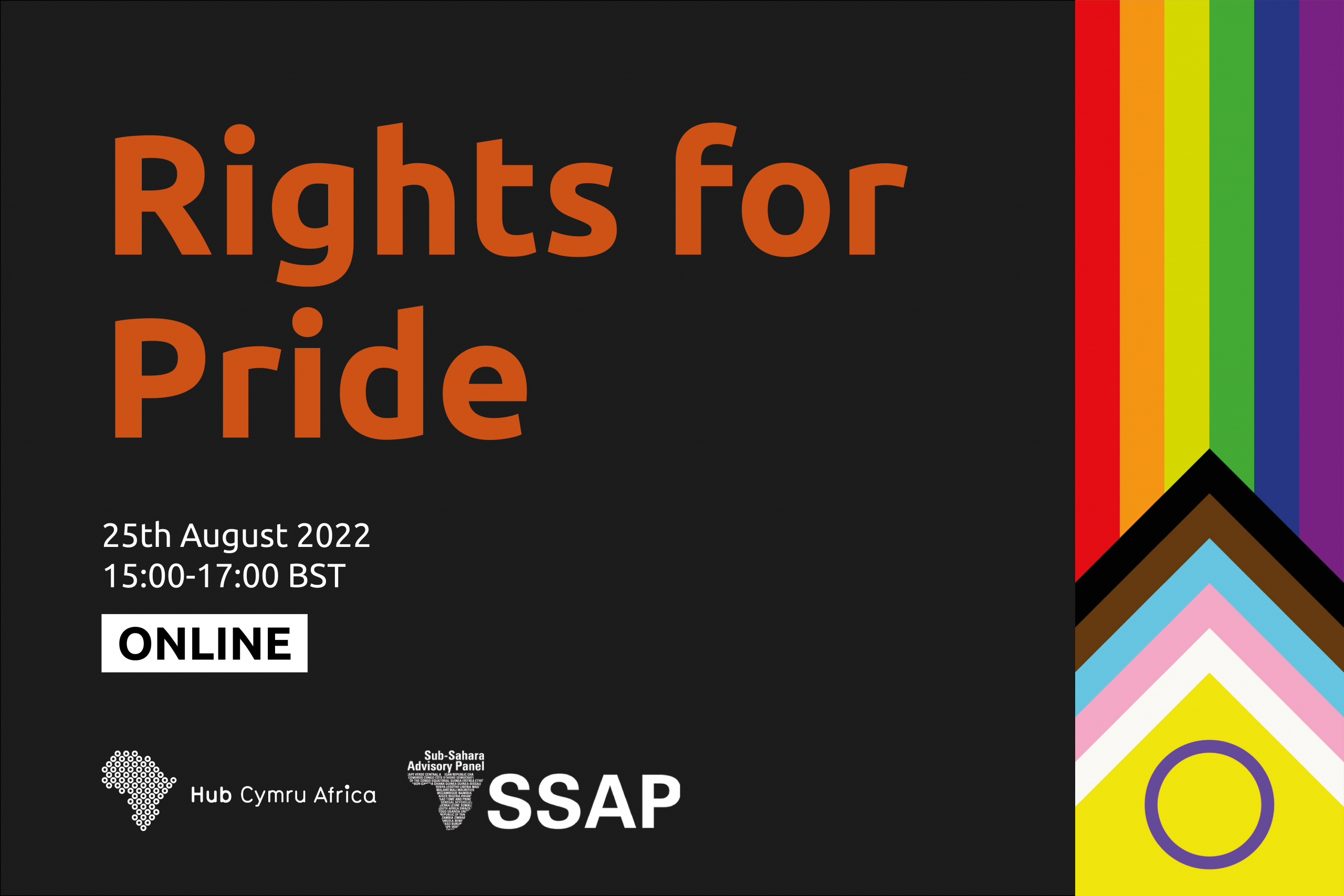 With Pride Cymru on the horizon, Sub-Sahara Advisory Panel and Hub Cymru Africa would like to invite you to an online panel discussion on LGBTQ+ rights in Africa and Wales. LGBTQ+ people around the world face discrimination, violence and even death because of their sexual orientation and gender identity. Three in every five African countries still have laws inherited from colonial rule that criminalise homosexuality, with penalties in some areas including capital punishment.

This Pride month, we want to shine a light on LGBTQ+ people living in Africa and those who have come to Wales and the UK. Join us as we hear from a panel of activists and allies to discuss human rights issues within Africa and what we in the UK can do to stand in solidarity.

Aderonke Apata is a Human Rights Activist, Feminist and LGBTQ+ Equality Advocate. She won the 2014 LGBT Positive Role Model for National Diversity Award, when she was described as “an unstoppable force in fighting for justice”, and was number 41 & 67 on the UK’s Rainbow List for 2014 and 2015 respectively. Aderonke is the founder of African Rainbow Family, a group that supports LGBTQ+ asylum seekers and people of African heritage in the UK and campaigns against Nigeria’s toxic Anti-LGBTQ+ laws. She also started Manchester Migrant Solidarity, a self-help group offering practical support for systematically mistreated migrants in the UK.

Matthew “Blaise” Nwozaku is a non-binary, openly gay activist in Nigeria. They’ve dedicated their life and work to confronting the violence towards gender non-conforming persons and Queer people in Nigeria by creating safe spaces for the LGBTQ+ community, advocating for Queer rights through online and in-person events, and mobilising action. They are the co-founder of The Oasis Project, a community-led LGBTQ+ organisation in Nigeria that creates safe spaces, fosters discussion and strategy, mobilises members in direct action, and raises awareness among Nigerians and Africans of the abundance and diversity of its LGBTQ+ community.